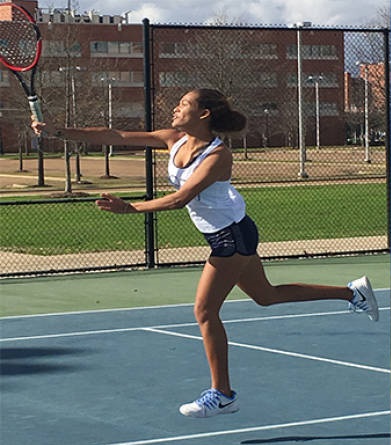 The Lady Tigers No. 1 position player Tyler Smith ran the table in conference play for an 8-0 record and was named the 2017 SWAC Women’s Tennis Player of the Year.  The junior from Bermuda was also slotted onto the All-Conference Singles First Team.

Jackson State excelled on the Doubles First Team as well with Smith teaming with Lucia Solio to boast a 5-1 record to snag the No. 2 Doubles First Team selection while partners Dasha Butorina and Nina Zhang were 5-0 at the No. 3 doubles position to also earn First Team honors.

For consideration, a female player must have finished a minimum of five matches at a particular position.  If athletes did not meet the match minimum, the player with the best record closest to the needed matches earned the award.

Player of the Year and Freshman of the Year votes were tabulated from a cast of ballots received from the school’s sports information directors and head coaches.  The SWAC Coach of the Year will be given to the winner of the SWAC Championship.