In Round 2 of the ITF/COTECC U12 World Junior Tennis Championship Trials, spectators were entertained by two marathon matches.

In the Boys U12 match, Matthew Way got off to a quicker start than Kallan Richardson allowing Matthew to win the first set 6-3. Kallan, however, turned the tables in the second set and took advantage of a few errors by Way to win the set comfortably 2-6. In the third set there were several momentum swings and for the most part, the players both turn up the pace on their shots. Matthew was able to get the key break and win the third set 7-5 and the hard fought and very competitive match 6-3,2-6,7-5 which lasted 2 hours and 50 minutes.

The first U12 Girls match saw Jae Gibbons defeated Sienna Taylor 6-1,6-1. Despite the score, it was a hard fought match with both players giving their best. 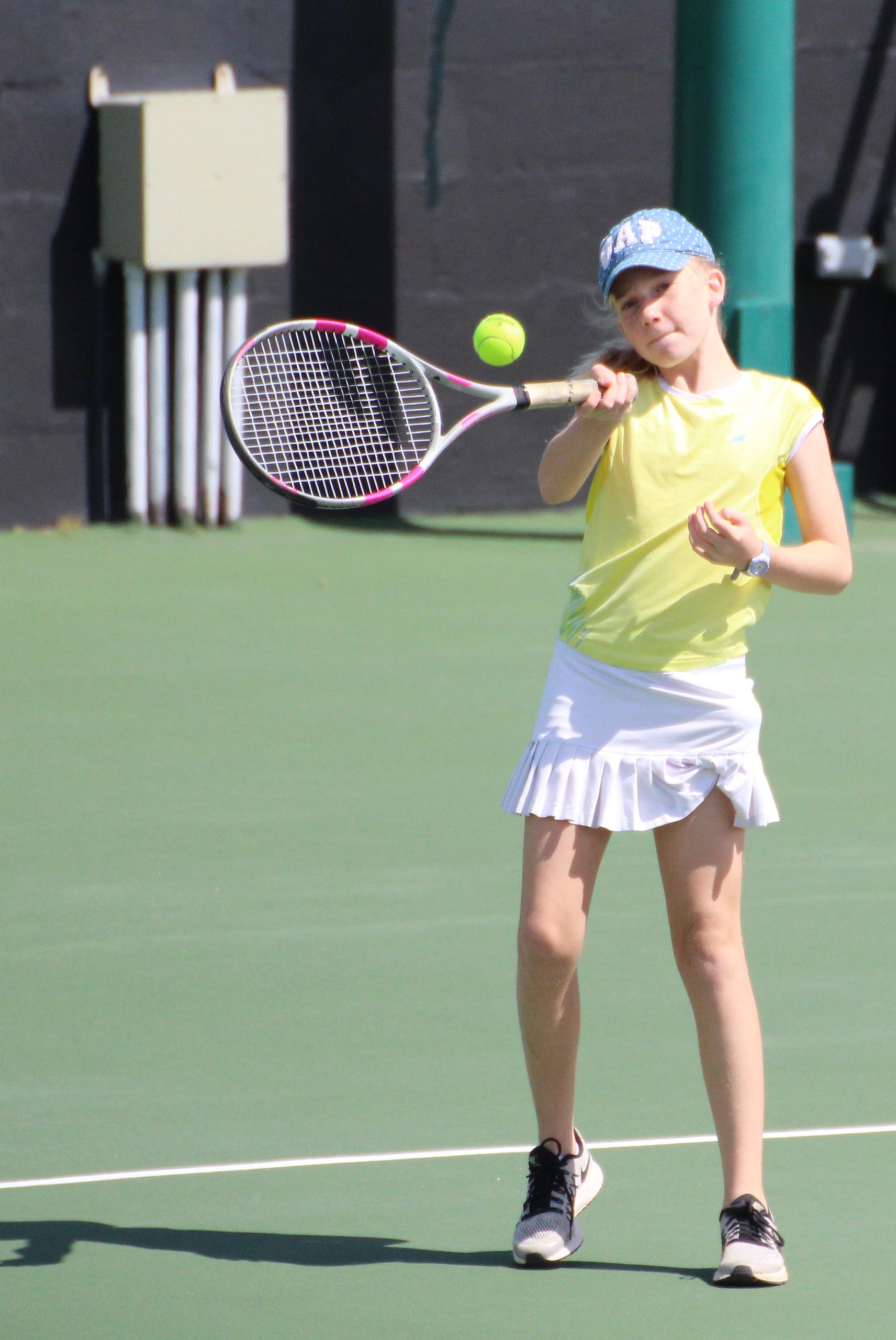 In the final match, the U12 Girls match featured 2 players who regularly have competitive matches against each other and today’s match proved to be no different. In a match that lasted 3 hours and 20 minutes.  Airez Gilbert-Simons and Milly Wetherhill both displayed true grit as they fought for every point.

The first set saw the players exchange breaks and the momentum changed several times with neither seeming to gain a lasting advantage. The play and score remained virtually even until Milly was able to gain an important break at the end of the set and take the first set 7-5.

The second set saw both players really settle into the match and start going for their shots. They exchanged breaks several times only to find themselves at 6 games all. In the tie-break, they remained even again until Airez was able to force a mini break at 6-6 and then win the next point to take the set 7-6(8-6).

In the decisive third set, emotions ran high as both players showed their best. The play was halted briefly as Airez required a medical timeout at the end of the 3rd game for treatment of blisters on her finger. Upon resumption of play, the set was much the same as the first two with exchanges of service breaks and both players going for the shots and hustling for every ball. Airez was able to gain her first match point on Milly’s serve at 5-6 and 30-40. Milly, however, fought off the match point and held serve to force a third set tie-break.

Play continues on April 1st, with Round 3 starting at 12 noon.