Simons and Redmond recently competed in trial matches to secure the other two positions on the team, joining Trey Mallory who had already solidified his position after acquiring International ITF Junior Circuit points.

National Tennis Director, Ricky Mallory said, “The trial matches went well with some high quality match ups.  I was particularly impressed with Tariq’s performance in the trials and I’m happy to have him onboard representing Bermuda.  He will bring an added boost to the team”.  Mallory went on to say, “The Junior Davis Cup is the pinnacle team event for juniors throughout the world, and will be another stepping stone for our players to reach their goals”.

Simons who has recently been living and training in Jamaica was able to fly back to Bermuda and participate in the trials thanks to generous sponsorship by Jamaican Grill and Bermuda Emissions Control. 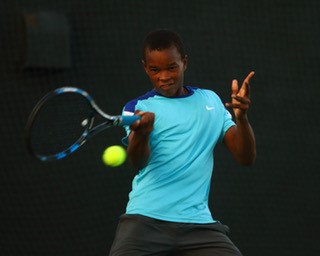