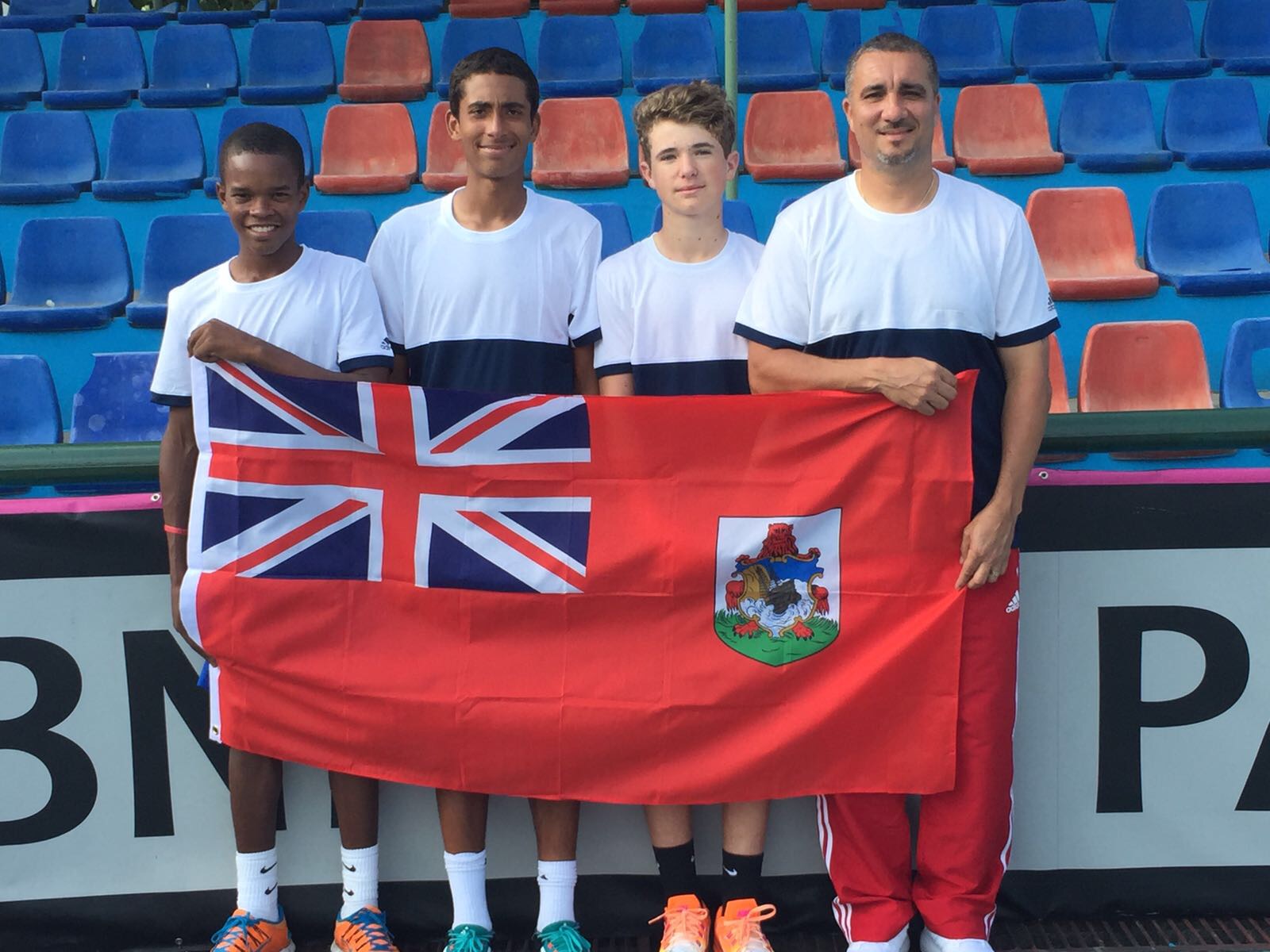 The Bermuda Lawn Tennis Association sent their Junior Davis Cup Team of Trey Mallory, Tariq Simons and Scott Redmond to compete this week in El Salvador.  The Junior Davis Cup event is being played at Polideportivo De Ciudad Merliot. El Salvador.  Eighteen countries are represented at the event.  The team arrived on Friday afternoon led by National Coach Ricky Mallory.  Their weekend started with a light workout after the flight, and then practice sessions on both Saturday and Sunday to get acclimatized; temperatures this week will be in the mid-80’s.

The captain’s ITF meeting took place on Sunday evening.  Bermuda is in group E and has drawn Puerto Rico and Jamaica in their pool.  The Bermuda Davis Cup players will play in the following positions/seeds, #1 Trey Mallory, # 2 Tariq Simons and #3 Scott Redmond.  The ITF (International Tennis Federation) also confirmed that there would be heightening security at the tournament given an increase in violence in the region, this is out of an abundance of caution and not unique for this venue.

The Open ceremonies is on Monday and match plays starts as well.  In Bermuda’s Group E, Jamaica will play Puerto Rico on Monday, allowing Bermuda to see their competition in action before taking to the courts on Tuesday.

The format of play is 2 singles and 1 doubles for each fixture in the pool. Winners of each pool will automatically go through, followed by the next two best finishes going through based on sets and game won. This is a slightly different format than in past years due to the number of teams.

The team anticipate some tough competition but are well prepared for this event.