Jenson Bascome, Bermuda’s current # 2 ranked singles player and #1 ranked doubles player on the Island, has received The Davis Cup Commitment Award.  The BLTA received confirmation from the International Tennis Federation (ITF), that Bascome has been recognized for The Davis Cup Commitment award. This award is presented by the ITF to players who have shown long-standing dedication to representing their country in this prestigious competition. Each Award recipient has competed in a minimum of 20 home or away ties or 50 ties at any level of the competition (including Zone Group Events) over their career.  The Award was conceived as part of the ITF’s 2013 Centenary celebrations and was launched at the 100th Davis Cup Final in 2012.

Bascome’ s Davis Cup debut was in 1999 in Trinidad and Tobago, his first match for Bermuda was against Barbados.  Bascome was just twenty years old at the time.  Now a veteran member of the Davis Cup Bermuda team, Bascome reached the milestone of his 50th tie in 2015 in Panama playing against Guatemala.  Bascome now aged thirty-seven has been representing Bermuda for seventeen years in the Davis Cup and there looks like no stopping him as he is vying for a spot in the 2016 Davis Cup team.

All recipients of this awarded are recognized on an honors board at the ITF headquarters and in a dedicated section on the official Davis Cup website.  The ITF reached out to the BLTA to congratulate Bascome on his wonderful achievement.  Jenson Bascome’s  name is posted on the ITF website along with other well-noted recipients of this award, John McEnroe, Andre Agassi, Bjorn Borg, Boris Becker, Yannick Noah and Roger Federer to name a few.

“I have had the privilege of not only playing alongside Jenson in Davis Cup but also coaching him. I am extremely proud of his accomplishments and this recognition is a testament to his commitment to the sport and passion for excellence.  He is a true leader in the sport and a gentleman of the game; congratulations Jenson on this milestone for you and for Bermuda.”  Richard Mallory National Tennis Director.

Below is a picture of Richard Mallory (National Tennis Director) & Michael Wolfe (President of the BLTA), presenting Jenson Bascome with The Davis Cup Commitment Award sent to the BLTA from the ITF.  “I am honored to present Jenson with this award and I want to thank him for his continued efforts in competition but also for bringing along the next generation of players. He continues to be a role model for players and he is an example of an athlete that continues to give back to the sport.  Well done Jenson.”

For more information on this award please visit the ITF Davis Cup website at www.daviscup.com  and click ‘commitment award’

For more information on the BLTA please visit our website at www.blta.bm 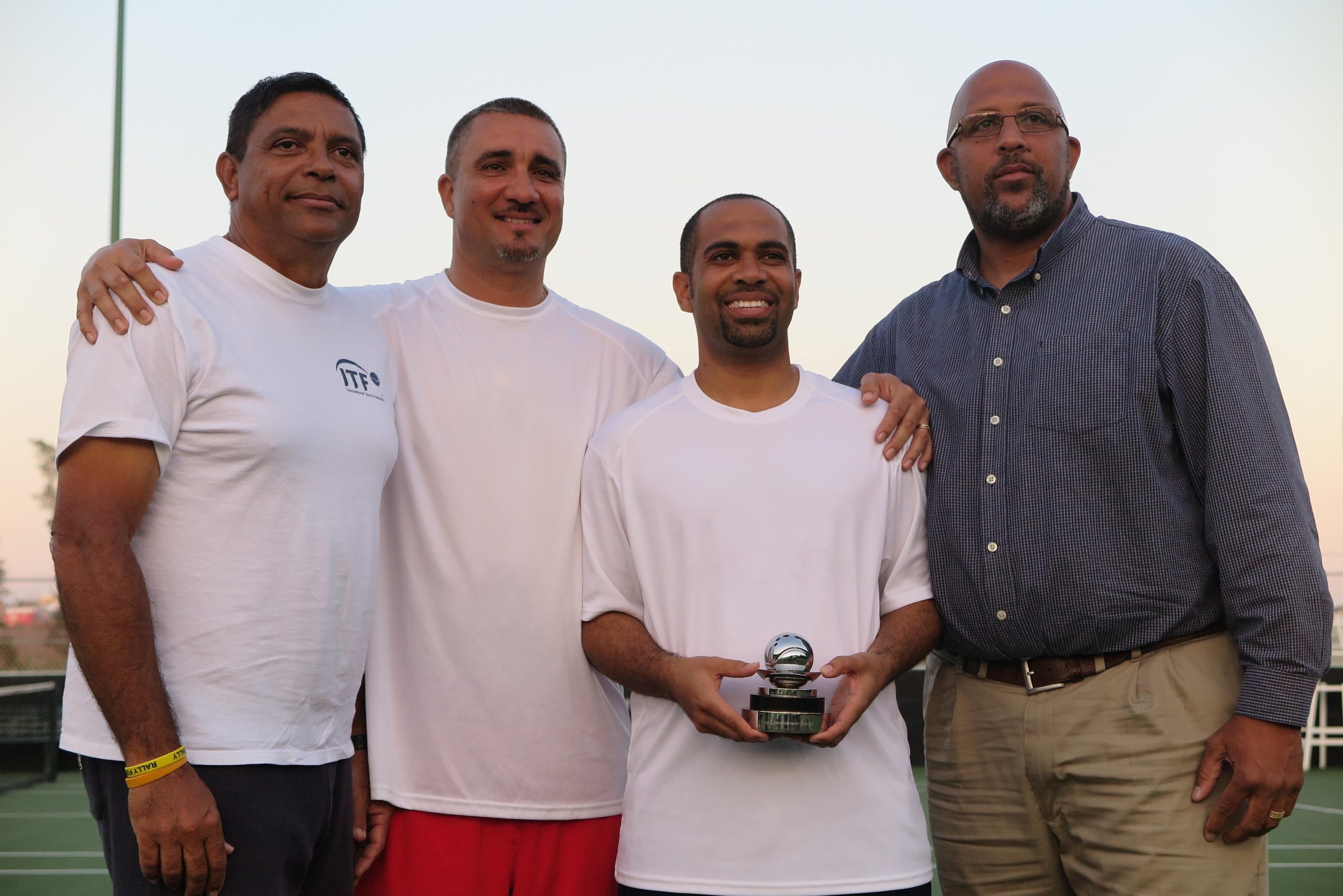