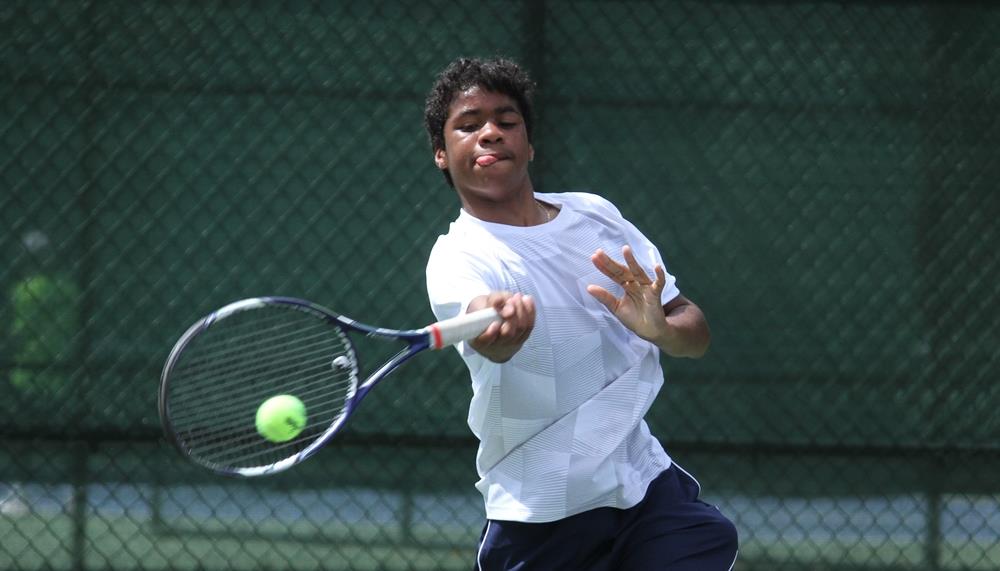 Bermuda U14 Boys suffered their first defeat Wednesday against #1 see Honduras going down 2-1.

The day started with Antonio Warner taking to the courts first and despite playing well Antonio went down in straight sets 3-6,2-6 to Deigo Sosa giving Honduras a 1-0 lead in the fixture.

Next up,  Mackai Whitter won the first set in a tie break 7-6(9) to Guillermo Bennaton. The momentum then changed in the match with Guillermo taking the second set 6-4. In the third set Mackai took control of the match and after an early break ran away with the set to win the match 7-6(9), 4-6, 6-0 thus leveling the fixture and 1-1.

In the pivotal doubles match, Honduras played Guillermo Bennato and Antonio Chavez. Chavez is currently ranked #2 in the Boys COTECC U14 Division.  The Bermuda team of Whitter\Warner play a good match by unfortunately went down to Honduras pairing 6-3,6-2, giving Honduras the fixture 2-1

Bermuda finished second in the round robin stage and now move unto the playoff round where they will face #5 see Costa Rica Thursday. 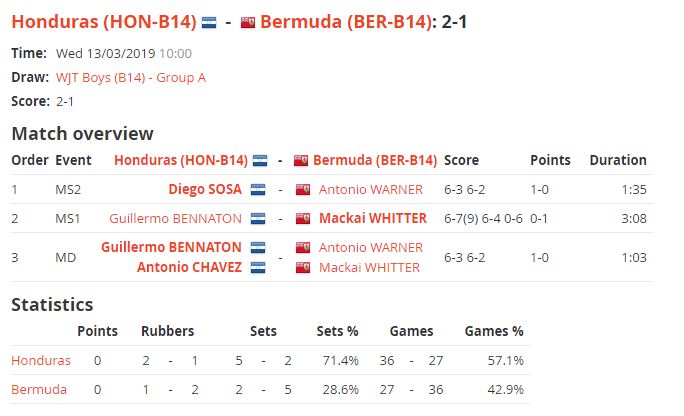 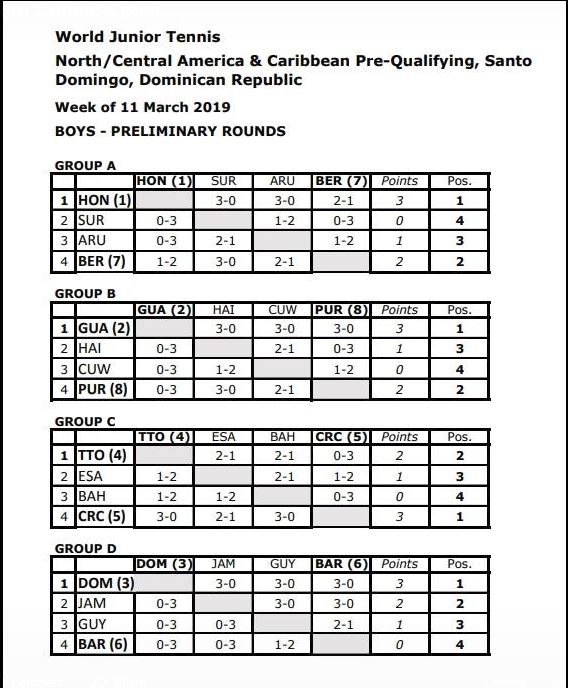