Bermuda finishes on a high note!

The Bermuda team ends its participation at the ITF World Team Championships on a high note today by coming from behind to defeat number 7 seed Jamacia.

The Bermuda team was under pressure after losing the first singles match to go down 0-1 in the best of 3 matches.  Trey Mallory had to face the pressure as well as a familiar foe in John Azar who had beaten Mallory last year. In a see-saw match,  the players split the first 2 sets. In the third set, however, Mallory took control of the match by not dropping a game to win the set 6-0 and even the fixture at 1-1. This set up the deciding doubles match.

In the Doubles Mallory partnered with Cooper and they got off to a quick start by winning the first set 6-4 and then took control of the match and went on to win the second set 6-2  giving Bermuda 2-1 victory.

Bermuda’s overall record at the tournament was 4 wins and 2 losses.

The Boys 14U team represented Bermuda and themselves well. 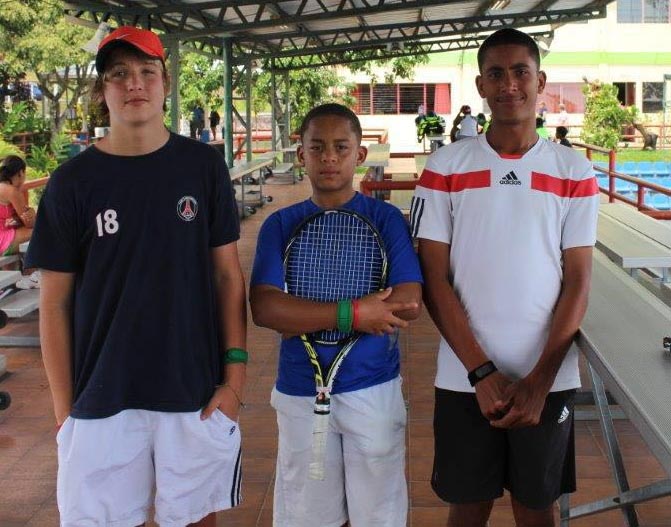